Vicki Wayne-Ross and parties have been synonymous for almost her whole life. Whether she was promoting her mother’s famous Honeycup® Mustard, on stage acting and performing comedy across Canada, or selling her own line of individually designed and baked goodies for all occasions, what most would consider “icing on the cake” is all part of the entertainment business for Vicki.

And entertaining is in her blood. Her uncle was part of the legendary comedy troupe Wayne and Shuster, and her dad was an accomplished director at the CBC. Vicki followed their path and performed on the stage and screen before opening her own acting studio in her hometown of Toronto.

Actor, foodie, teacher, and, above all, planner. That’s who Vicki Wayne-Ross is. So much so that when she mentioned the idea of an event planning business her kids jumped on it and said: “Plan-it Vicki”, that’s what you do. Take an idea, make a plan, execute it flawlessly and brilliantly, every time.

Vicki has mastered the art of improvisation, making her uniquely qualified to plan your party. Whether it’s a celebration for 20 pre-teens or a wedding with 250 guests, she approaches events just like theatre, rolling out the red carpet to make sure you and your guests receive the royal treatment and that your event exceeds expectations, no matter the budget.

Vicki was born and raised in Toronto. She lives with her husband, Jeff,  and their chocolate labrador retriever, Larry David, in Connecticut. Her two grown (and graduated) sons, Paul and Jonny, often help out, providing physical, creative and moral support to Plan-it Vicki.

She can be reached at [email protected]. 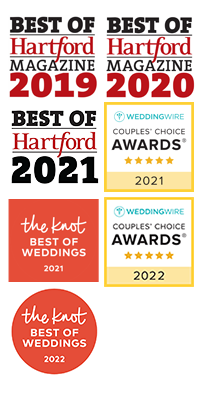